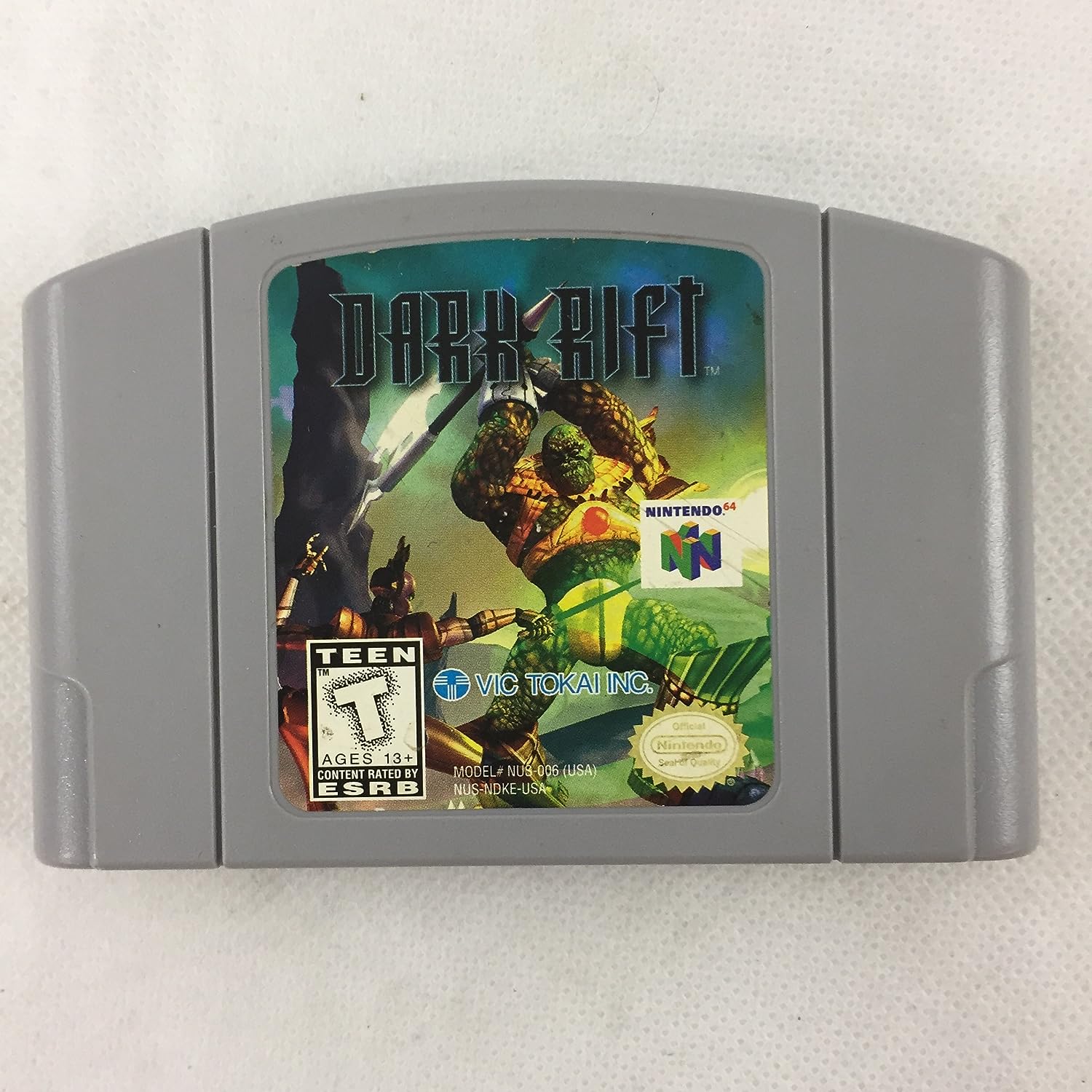 "h3"Review "p"With every release of a new system, there is a series of firsts that help define the system - and ultimately who will be best served by it. The Nintendo 64 has already had its first original sports game, its first shooter, its first racing game, and its first arcade translation. Dark Rift is the system's first native fighting game. And if indeed this game helps to define the Nintendo 64, it chalks up another point in the "not bad, but I wouldn't actually pay money for this game" column.

Dark Rift is the product of Kronos, the same company responsible for the abysmal PlayStation fighter Criticom. While Dark Rift isn't a sequel, the lackluster fighting contained on the cart might as well have been culled from a mythical realm called Criticom II. On the upside, Dark Rift isn't quite as bad as Criticom. But the two games are still a little too similar for Dark Rift to slide through the VGS offices unscathed.

The graphics of Dark Rift represent the game's lone strength. The characters move very quickly, and for the most part, smoothly. Also, the N64's graphical prowess is exploited in this title, resulting in some nice lighting effects. The only dull point is the characters themselves: they're very blocky, presumably to keep the frame rate up.

Playing Dark Rift can be compared to playing Konami's classic arcade game, Track amp; Field - the faster you pound the buttons, the better you'll do. The three attack buttons are part of the C button cluster, which makes it nice and easy to hit them all with only one finger. So easy, in fact, that I'm typing this part of the review with one hand - the other being on the three attack buttons and the block button - and I'm still winning. Fun. Aside from these buttons, there are two sidestep buttons (only helpful when trying to avoid projectiles), a throw button, and a special button. The latter doesn't do anything when pressed by itself, but when combined with fireball motions or double taps, it executes fireballs, super kicks, and a few other moves, depending on the character.

With its questionable character design and repetitive gameplay, the only gameplay variation Dark Rift brings to the fighting game table is its default three-out-of-five matches (as opposed to the standard best two-out-of-three). The rest feels like a Virtua Fighter-inspired mishmash of monsters, demons, and guys with guns. The graphic effects are the only things that save Dark Rift from falling below average. As much as I hate to say this, I'd rather be playing War Gods. --Jeff Gerstmann "br"--"i"Copyright ©1999 GameSpot Inc. All rights reserved. Reproduction in whole or in part in any form or medium without express written permission of GameSpot is prohibited. GameSpot and the GameSpot logo are trademarks of GameSpot Inc. -- "i"GameSpot Review

Create your own Custom Viewbook

Explore graduate programs and search by areas of interest.

Take an online tour with our video view book.

Montclair State offers more than 300 doctoral, master’s and baccalaureate-level programs. Our 11 colleges and schools provide academic challenges ranging from Accounting to Visual Arts. Enter a major or career below to start exploring. Undecided or unsure? Take a look at all of our programs or let our randomizer suggest a few.

Now more than ever, our students need your help as they strive to realize their dreams. Please support the Emergency Book Fund. Your gift provides assistance for students who would otherwise be unable to purchase needed textbooks due to financial hardship.